Sticky Post By Wander-lust Posted in Uncategorized With No Comments Permalink
februari 19, 2016 Wander-lust 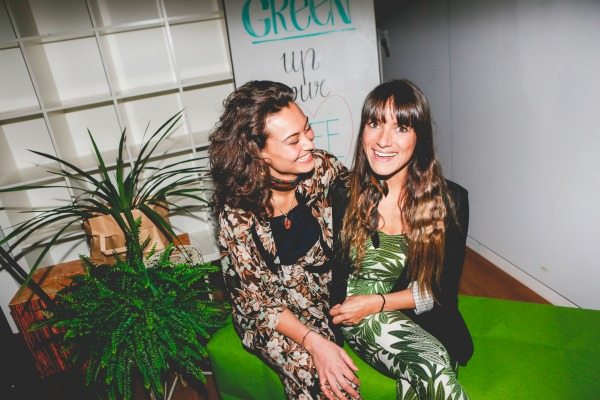 What started as an idea, grew out to be something quite big.
I’ve always been a “green girl”. From a young age, I’ve always had an intense love for the world and the animals living in it.
I guess this is why I love traveling so much. Seeing the beauty of this world. But when you’re young you only see the good stuff. As I grew to an adult, I also learned that we, humans, have done a lot of damage that we must fix if we want to keep the earth the way we found her. I needed to do something

Why do something?
After seeing a few documentaries like Cowspiracy a few months back and watching the news about hurricanes, earthquakes, animal extinction and extreme drought, I wanted to to something. I wanted to inspire people and make them more aware of what was going on.
If we continue to consume animal products the way we are now, we are doomed. We are currently living on this earth with a crazy amount of 7.125 billion people. This number is rapidly growing and as you know people are getting older. All those people want food but unfortunately, 870 million people are starving. Is it because we don’t have enough food? Hell no. We have plenty. We grow more and more every day. But we’ve decided to give our grains to livestock so we (I’m talking globally) can eat cheap burgers. It just doesn’t make any sense right?
I knew I couldn’t do this alone so I was lucky to find my fellow earthling and asked Emanuelle Vos to join forces with me.
After a few weeks of brainstorming, we picked an amazing location across from the Amsterdam Zoo called the Freedom Lab Campus and decided on a name. Green Up Your Life was born! 
Screening
Because we wanted to inspire people, we decided to host a screening. We watched lot’s of documentaries and with the help of our friend Daan van Citters, we created a short film of 20 minutes that clearly explained what is going on. We started off light and funny with comedian Arjen Lubach so the subject wouldn’t be too heavy. Followed by a more serious message and finally we ended our film with an impressive music video from the documentary film “Racing Extinction“. Emanuelle Vos and I at the Green Up Your Life event Guest speakers
We invited two guest speakers to talk about sustainability and a plant-based diet. Our first speaker was Lisa Steltenpool, the writer of The Vega Revolution and Kickstart. She knows all about a plant-based diet and how to maintain a healthy lifestyle. She spoke about how becoming vegan has helped her physically and all the other benefits that come along with this lifestyle.
After Lisa, we asked Kiki Calis, head of production at DGTL Festival, to take the stage.
She told us about how DGTL is becoming more and more sustainable by recycling plastic, using re-usable cups and talked about the new announcement of becoming a meat-free festival! Yes, that’s a big deal. From now on, they will only serve vegetarian meals at DGTL Festival. This includes crew and artist. I love it!
It takes about 1550 liters of water to serve one beef burger. By making this change, DGTL will save up to 14 million liters of water. (yes really).
Watch their video about going veggie here:

The Event
We wanted to make this event as easy going and cool as possible. Vegan’s are often portrait as unhealthy, pale and boring people and we wanted to change that perspective! We collaborated with a couple of really cool brands that supported our idea.
The YAY Healthstore catered the most amazing food (all vegan of course) while the Juicebrothers took care of the soup and healthy juices.
Jajem and Cawston Press took care of the stronger drinks, while guests enjoyed a live cooking presentation of Hendrawanto and Lisa Steltenpool using ingredients from the Vegetarische Slager. An event isn’t complete without something sweet so Professor Grunschnabel hosted a small vegan ice-cream stand (with the most amazing flavors!) and Mumu Vitamin Chocolates handmade 70 organic bonbons for us.
People’s Avenue showcased their sustainable and organic clothing and people had fun in the specially pimped photobooth by Boooth. (see picture)
No good event is complete without a nice goodiebag! Vita Coco, Unlimited Health, Glamour Magazine (who have recently announced that they will be more sustainable), YAY Healthstore, Prof. Grunschnabel, Mooi anders florist all contributed but the biggest goodie was from DGTL Festival! There was a green envelope hidden in 2 goodiebags and if you were the lucky finder, you got yourself a weekender for the festival on Easter Weekend!


“Green up your Life doesn’t want to force you in becoming a vegan, we started this to raise awareness. Then people can decide what they want.” I’ve got 99 problems and protein ain’t one.. Delicious juices of the one and only Juice Brothers During Green Up Your Life, we wanted to use the space as much as possible by writing some documentary tips on the whiteboards and letting our guests write their comments on the post-it’s provided. We were overwhelmed by the positive reactions as we also invited people who are massive meat lovers.
Some guest even became vegetarian or decided to have a meat and fish free month after last night! Writing down positive messages on the wall Wander-Lust with the boys of Notre Vue 
It’s a first step in the right direction and I’m not sure where this new journey will take me but I always knew I would do something with this subject.
We need more pioneers and someone in the government to say; we need to change our ways. I hope this event inspired enough people to do just that.

To see the video that we played during the event, check here.