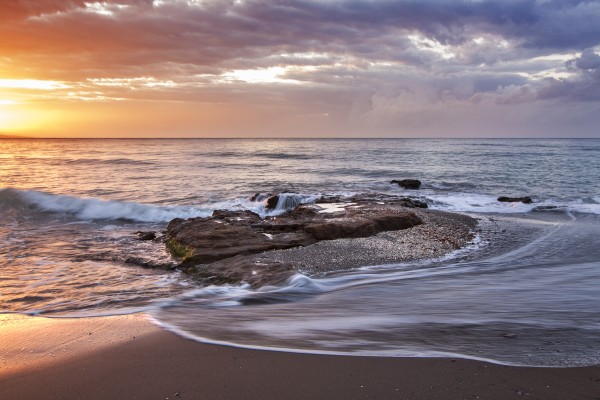 Year-round sun brings millions of visitors to Costa del Sol each year, and flights to Malaga are the easiest way to get there. As a result, this thriving port city is often seen as a place to pass by on the way to other coastal hotspots. Stop and give it a chance, however, and you’ll find a city rich with Andalucian culture and experiences you don’t want to miss. If you’re considering a trip to Malaga, use our quick guide to help you decide what to do:

Sights to see
In the historic heart of the city, you’ll find Malaga Cathedral, a stunning example of Spanish architecture dating from the 16th century. The first thing you’ll notice is that the cathedral is unfinished – it only has one tower instead of the intended two. This has led to locals calling it La Manquita, or ‘the one-armed lady.’

Another landmark in the city is La Alcabaza, the imposing fortress that overlooks the city. It is a well preserved meeting place of cultures and time periods – Roman, Arab, Renaissance – and boasts a rich history. Nearby, you can also visit Malaga’s Roman Theatre, which was built during the Emperor Augustus’s rule. What to do
There is plenty to do in this bustling city, but no trip to Malaga is complete without visiting its many museums. Malaga was Picasso’s birthplace, so art fanatics will want to visit the Picasso Museum to enjoy an extensive display of his work. Carmen Thyssen is another gallery exhibiting 19th century Spanish artwork. The newest museum in Malaga is the Pompidou Centre, sister to the Parisian museum of the same name. The striking glass cube entrance will grasp your attention, and inside, it houses a range of 20th and 21st century art exhibits.

Where to eat
Malaga is brimming with superb restaurants. For Michelin starred local cuisine, visit José Carlos Garcia, a modern restaurant with views over the port. If you’re looking for something more traditional, we’d recommend El Chinitas in the city centre.

Where to go out
There is a bar, club, or pub to suit every taste in Malaga. Wine drinkers should visit Antigua Casa Guardia, one of the city’s oldest bars, where locally produced wine is dispensed from barrels. For a chic clubbing experience, plan a night out at Sala Gold, one of the city’s more stylish nightclubs.

Beaches to visit
You can’t go to Malaga without spending a day at the beach. Playa de la Malagueta is a popular choice – a short walk from the city centre, you can lounge on the sand and sip drinks in seaside bars. If you fancy something a little less crowded, try the picturesque Peñon del Cuervo. Many of Malaga’s beaches offer activities and space for beach sports, but if you’re interested in surfing, Playa de la Misericordia has the best waves along this coastal stretch. Go there in the evening for the best surfing conditions. What will you do on your trip to Malaga? Tell us in the comments below!

Images by niall62 and audi_inseperation, used under the Creative Commons Licence.