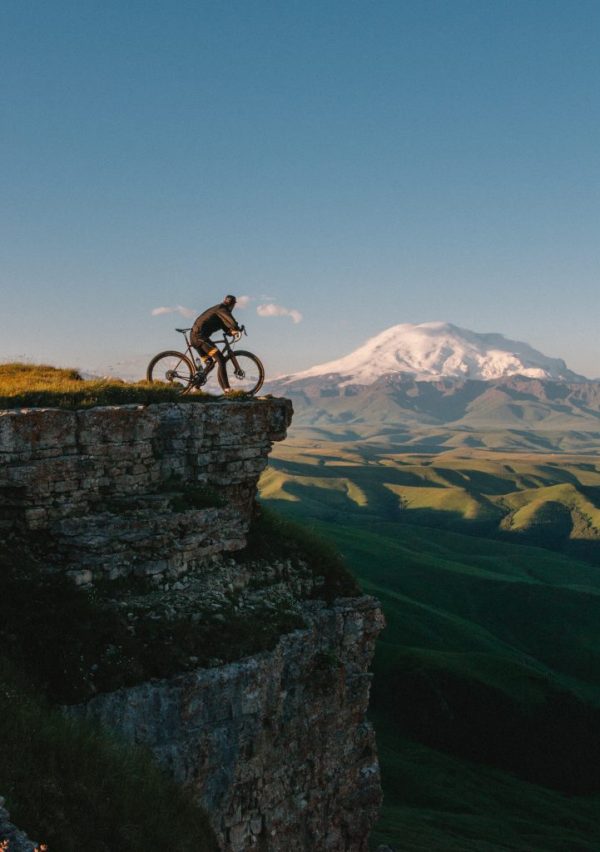 Cycling towards the other side of the world

Off the Beaten Track by Wander-lust 0 Comments

In December of 2018 Mick van Zadelhoff and Bob Rekelhof, decided they wanted to do something that’s bigger than themselves. Inspired by movies like ‘Into the Wild’, they wanted to cycle from The Netherlands to India and go on a journey in which they would connect with their inner selves and other people from all around the world. This is their story.

It sounded as a great idea: cycling from the Netherlands to India. We would show everyone that it’s possible to do the impossible. So, without training and without a plan we bought some bicycles and started our journey. That’s why we came up with the idea of cycling to the spiritual land called India. We bought a bike, some warm clothes and a backpack. Within just two weeks we would be cycling towards the other side of the world. 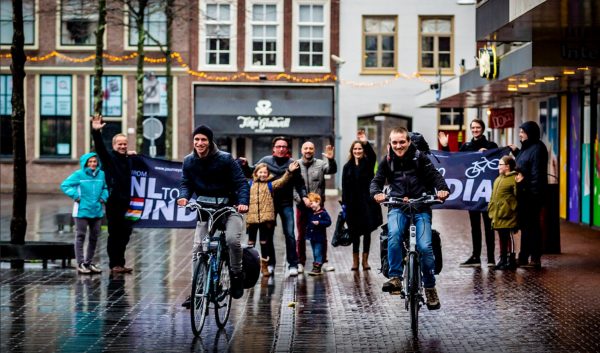 Mick and Bob leaving on an adventure

Sleeping in a tent during the winter
We started off cycling around 60 to 80 kilometers per day. A lot, in our opinion, but Germany turned out so big that it took two weeks to pass through the country. Sleeping in hostels, hotels or Airbnbs would be too expensive. That’s why we tried to sleep in tents as much as we could. The first night in Germany we pitched the tent. We had good hopes with our tent and sleeping bag, but got disappointed very quickly. It was mid-winter and extremely cold. Our 25 euro sleeping bags just couldn’t handle that. We tried everything to stay warm at night: eating a late night snack, sleeping with clothes on and exercising before bed. Nothing helped. The weather only got worse and we still had to cycle over the Alps… 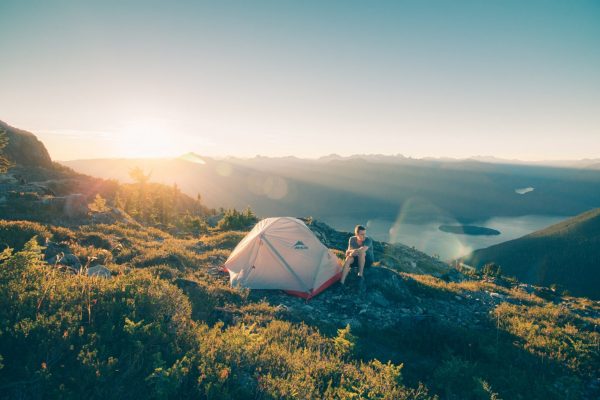 The image how we imagined sleeping in a tent. The reality was a little different..

After the first week we had in mind that we would at least be used to sleeping in a tent with temperatures below zero. That was not the case. We slept terrible and our bodies became weaker. We wanted it to be this journey of connection, but it was hard to connect with people feeling this way. We needed a warm place and a good night rest. We decided to try Couchsurfing. This way we can connect with someone and have a warm couch/bed. This way we met a mother of two children, who took us out to have some drinks with friends. It was truly an amazing time we spent there. She just invited us to her night out and then into her house, where we eventually had breakfast with her and her two children. We used Couchsurfing some more times, which was always a great way to connect with people. There was only one downside: you constantly fall in some social event where you usually have some drinks and sleep late at night. We still use the platform, but not every day. Sometimes you need some goodnights rest. 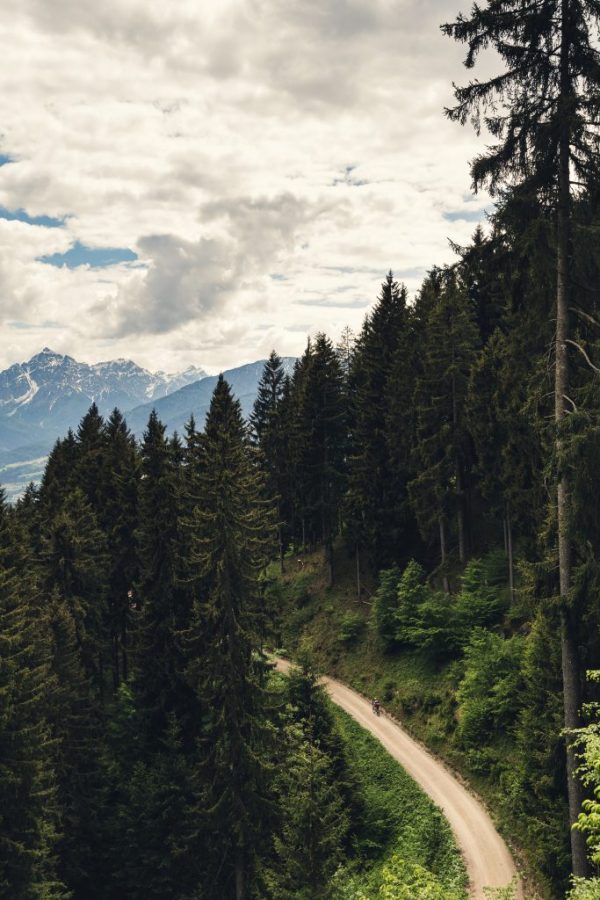 A reality check
After two weeks we finally approached the Alps. Our last stop before climbing the steep mountains would be an Airbnb not so far from Kempten. Our plan was to sleep well and approach the mountains with fresh energy. But then… my bike broke. One part of the gear had broken off. That was the last thing we’ve expected to happen.Thank god for those tie-wraps we brought! Problem solved? Nope, when we headed towards our Airbnb, another situation occurred. I got myself a flat tire. That, we couldn’t fix at night.

That was the part we were really scared off

Because of the whole situation, we could not get to our Airbnb. Unfortunately Kempten was too packed with snow to pitch a tent. We decided to sleep in a parking garage. With sunglasses on and earbuds in, we laid to rest on the top-floor of the parking garage staircase. Not that comfortable and, also, not that warm. After some breakfast we still had to get ready for our trip over the Alps. That was the part we were really scared off. Climbing 1.000 meter high mountains with a bike in cold weather didn’t sounded that great. But we had to. Because of all the problems we already encountered, we just wanted it to be over with. We began cycling.. 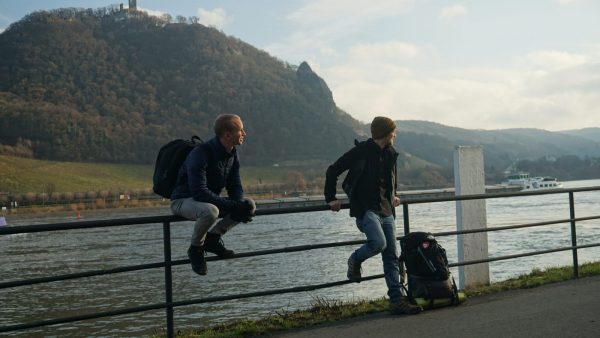 Cycling over the Alps
It’s a miracle! The sun was shining, the roads were not so steep and the sight was beautiful. The first day in the Alps seemed really easy. We sat down at a coffee place and relaxed. We only had to bike another 30 kilometers and we would arrive in Garmisch-Partenkirchen, where a fresh Airbnb was waiting for us. In a state of ecstasy we drove towards the little Tiroler town. We drove up the mountain, when Mick suddenly stopped. “We missed a turn at the last exit”, he said. We drove back another 5km to find the correct exit. Because of the snow, we had to walk through it. We walked for around 30/45 minutes and then things started to take a turn. The bicycle lane suddenly stopped. The rest of the road was hidden underneath a 1,5 meter thick layer of snow. We really felt miserable. We had to walk back all the way, bike up again the same route and take the motor way for another 40 kilometers.

There were so many moments where we just wanted to stop

Night had fallen. The temperature had dropped to 15 degrees below zeroo but we were still cycling through the Alps. The day that seemed so easy to start with, had become another day of hell. We were cycling uphill for another 10 to 20 km, which turned into a freezing cold experience when we had to cycle downhill. My beard had even frozen. It was filled with little chunks of ice. However, we had to continue cycling. There were so many moments where we just wanted to stop. It was not healthy going through so much misery. But you can’t stop. There is nothing there, except for mountains and trees. You are forced to continue. Then, at one point, this survival instinct kicks in. It starts to feel like a matter of life or death. We decided to just turn up the tempo and start cycling as fast as we could. Within forty minutes we finished the last 15 kilometers. We arrived in Garmisch-Partenkirchen, where we finally had a bed, a shower and a warm cup of coffee. 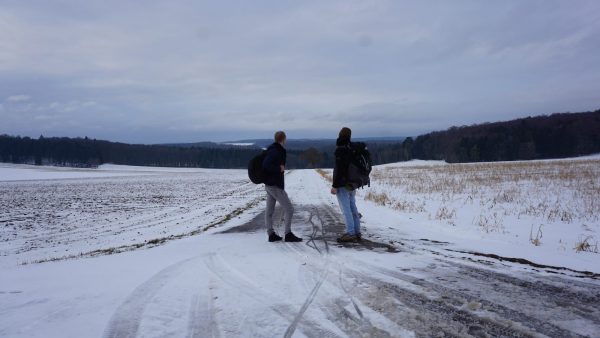 It made you realize how strong you are as a person

It makes you a stronger person
Some of you might be reading this and think: “Why would you do this to yourself? I would never put myself through so much misery”. We understand. To be honest, if we knew what this journey would bring, I would’ve probably not even started. After all, I’m happy with every moment, every emotion and every thought this trip have brought me so far. It made me realize how strong I am as a person. Most of the situations we’ve been through sounded as something impossible, not humanly possible to do. Now I found out that I am able to do this. First I worried about school, about a career, about my friends, about my looks. Now, that has all vanished, because… if you can ride 115 km through the Alps during mid-winter, then what else can possibly break you? 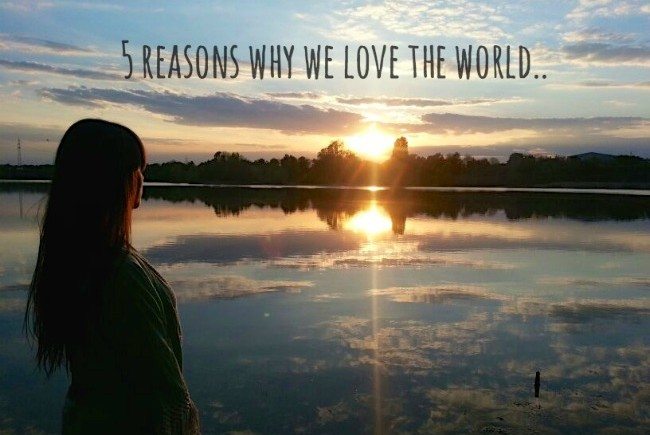