Sticky Post By Wander-lust Posted in Caribbean, Off the Beaten Track, South America With No Comments Permalink
augustus 29, 2016 Wander-lust 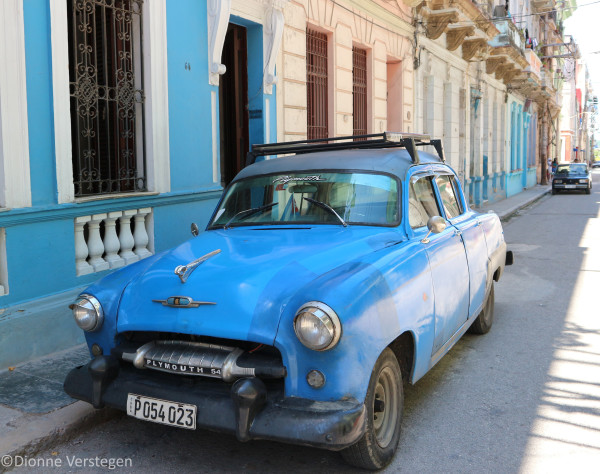 Cuba, a destination where you, so to say ‘travel back in time’. Its most distinguishing mark are probably its old-timers. You just can’t ignore all the Plymouths, Chevrolets and Pontiacs driving around. But, Cuba is much more than that. It’s a diverse country with an interesting history, beautiful beaches, great nature, lovely people, charming cities and not to forget tasty rum, good cigars and spectacular salsa. Literally in every restaurant and on each plaza there’s a salsa band playing the famous Guantanamera, Chan Chan, or another salsa song. With this music, I felt like dancing around Cuba. My favorite places:

1. Havana: a great way to start your holiday
The capital of Cuba is quite touristic, but it definitely has its charm as well. Especially Havana Vieja has a great ambiance with its cosy streets, beautiful colonial buildings and amiable plazas where you can enjoy a local beer or mojito while listening to (or dancing on) the first salsa tones. Outside Havana Vieja, the fortress El Morro, Plaza de la Revolución and the Malécon are also worth a visit. Altogether, my boyfriend and I got a nice first glimpse of the Cuban culture here. A local bar on one of the main squares in Havana

2. Valle de Viñales: a good dose of nature
We explored the Valle de Viñales by doing a five-hour tour on horses. Once entering the national park, the so-called mogotes, lime-stone cliffs, start rising from the bottom of the valley which makes it a spectacular view. During the tour we also visited a cave, a coffee plantation, a lake and a cigar plantation. The cigar is another signature of Cuba, so the farmer that showed us how they’re made, insisted I also tried one, because I otherwise did not really visit Cuba. To be honest, it didn’t taste as bad as I thought it would, mainly because the farmer had dipped the cigar in a bit of honey to make it sweeter (as the Cubans basically do with everything).

3. El Nicho: imposing waterfall
The trip to this waterfall, just outside the national park Topes de Calientes, was sensational on itself. All of a sudden, you’re driving around in this green, mountainous region. At some point, our taxi could not cope very well with these hills and the driver had to give the motor some water every 500 meters. When we finally arrived, we still had some hiking to do in order to reach the waterfall. It was quite hot, but the view of the waterfall, and the ability to jump into its cold water, was definitely worth it. 4. Trinidad: city of the salsa
Trinidad is a city with an amazing vibe, one that can hardly be described. You just have to go there to experience it. The city centre is quite small and picturesque with its Spanish colonial architecture. At night, the main square, Plaza Major, is filled with lots of people. Not only tourists, but also the Cubans gather here to listen to live music and dance the salsa. Since the salsa also is a characteristic of Cuba, we wanted to learn dancing it ourselves. So, we took a salsa class at a dancing school in Trinidad. We actually felt like doing a pretty good job; until later that night we watched some Cubans dancing in the square… that was something different!

5. Playa Santa Lucia: beautiful beaches and fantastic diving
Santa Lucia is a small town at the north coast of Cuba. It was the most peaceful town of our trip. There were nearly no tourists, so we really felt like we were amongst Cubans. Next to the beautiful beaches (best one is Playa Los Cocos, just 8kms outside Santa Lucia) it’s also a great place for diving. During our dive we saw a 66m long ancient shipwreck with beautiful coral on top and nice fishes swimming around. I can tell you, that’s really impressive. 6. The city of the revolution: Santa Clara
Santa Clara is mainly interesting because of its history. This is the city where Che Guevara successfully derailed an armoured train, which was a key tipping point in the Cuban revolution. This train, called Tren Blindado, can still be seen on the exact spot where it derailed. On the other side of town, at Plaza de la Revolución, you’ll find a massive monument of Guevara together with the mausoleum that houses the remains of this famous revolutionist and a museum that tells you all about him.

7. Las Cuevas de Bellamar in Matanzas: some impressive caves
At first, we were not sure whether to visit the Caves just outside Matanzas, since we’ve seen stalactites and stalagmites before. In the end we did decide to go, and boy was I happy with this decision. All previous caves were dwarfed by this supposedly 24kms long cave. Only 2kms are open for visitation, in which you can see spectacular halls and galleries, that all have their own names. Feels like walking around in a completely different, almost fairy-tale like world. One of the galleries in the Bellamar caves

Are you ready for some dancing around Cuba?


*Dionne is one of our guest bloggers from the Netherlands, currently living in Den Bosch. In everyday life she works as a marketing-communications professional. She loves to travel to distant destinations, but I also enjoy a city trip closer to home.