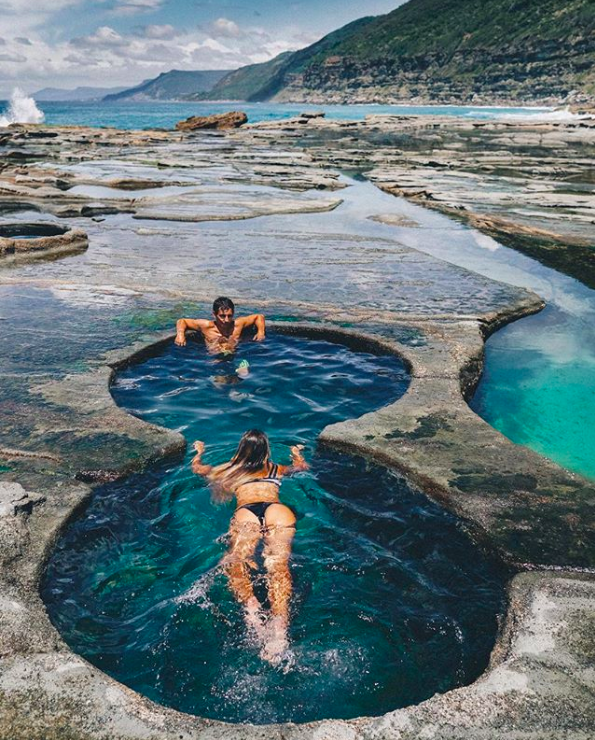 Australia. One of the most vast, raw and breath-taking countries in the world. Where the forests meet the sea, the deserts spread wide and the native bushland buzzes and thrives. Summer time in Australia, while very hot, is one of the best times of the year. The sun is out, the cafes and bars are full and… so are the beaches. Instead of fighting your way to stake out a piece of bare sand, why not skip the surf altogether and head out to some of the most beautiful, untouched and some secret swimming spots in Australia.

Figure 8 Pools, Sydney Royal National Park, NSW
Formed by two sinkholes that merged together and resulted in the shape of a figure 8, the Figure 8 Pools are located at the south end of the Sydney Royal National Park, situated on a rock ledge and are a photographer’s dream. However, they are not easy to access (though can be done) and require a solid trek through bush, beach and rocky headlands – so don’t forget your walking shoes! 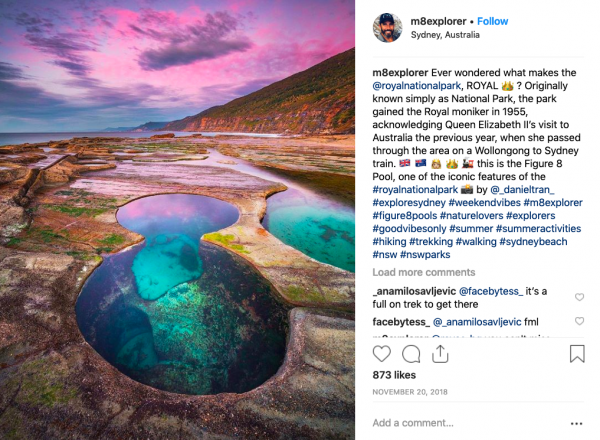 Tehuti Falls, Nightcap National Park, NSW
Well-hidden yet still easy to access, the stunning tri-waterfall Tehuti Falls are large with a deep pool, perfect for a swim. An important note to remember, you are not allowed to wear sunscreen or bug spray when swimming in the water, as it can cause damage to the eco system. 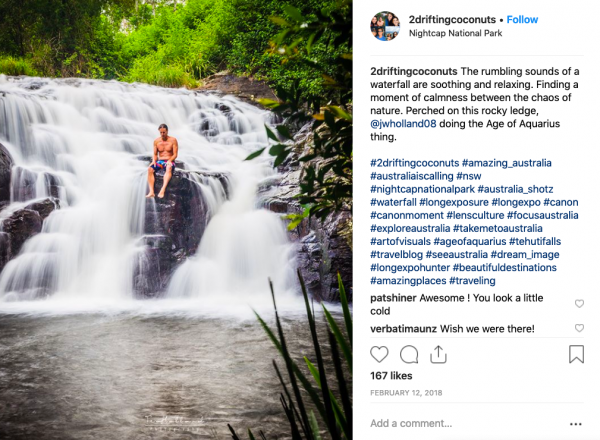 Gunlom Falls, Kakadu National Park, NT
The backdrop for where one of Crocodile Dundee’s most famous scenes took place, Gunlom Falls in the Kakadu National Park is a magical spot. It is located in the southern end of the park and a steep 15-minute climb will lead you to a few more secluded swimming holes at the top of falls, including a natural infinity pool with crystal clear water and a 180-degree view of the Southern Kakadu. 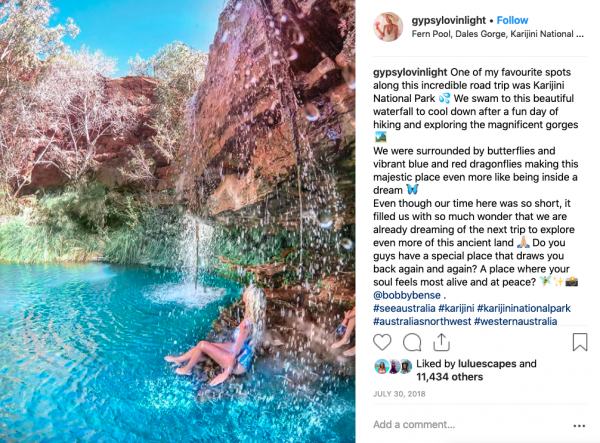 Josephine Falls, Wooroonooran National Park, QLD
There is so much fun to be had at Josephine Falls, which is around 75 kilometres south of Cairns. It is famous for its slippery granite rocks that act as natural waterslides and the rainfall from Queensland’s highest peak, Mount Bartle Free is always flowing down to the falls.

Babinda Boulders, Babinda, QLD
South of Cairns lies a breath-taking spot; Babinda Boulders, also known as Devils Pool, as the Aboriginal people believe it to be cursed. There is a public swimming spot which is cool all year-round. People come here for the serenity and beauty of this special place. 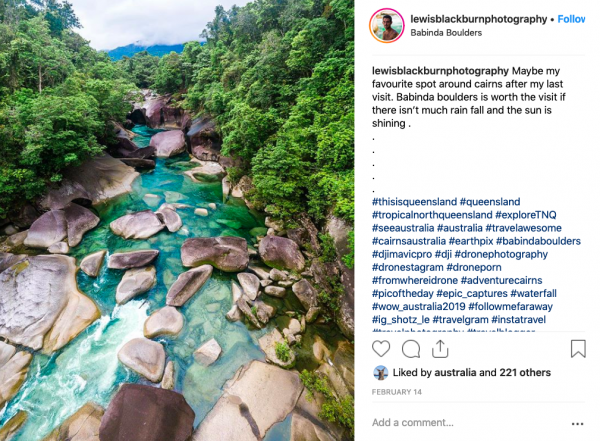 Whether you want to take a swim in rock pools, rivers, creeks, holes or waterfalls, Australia has them all! Just take a turn onto the beaten track and see what you find.

*Rahima is one of our new guest editors from Australia who lives in Utrecht and loves everything “gezellig”!  Follow her via rahimasaikal.squarespace.com
* Header Photo by @livingforsun 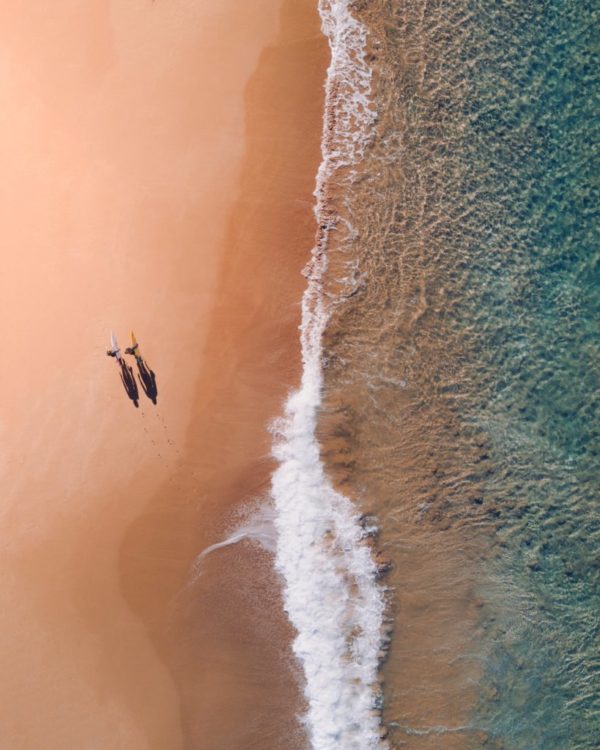 12 x lesser known spots in Australia you should visit

Travel Tips | How to Find a Job in Australia 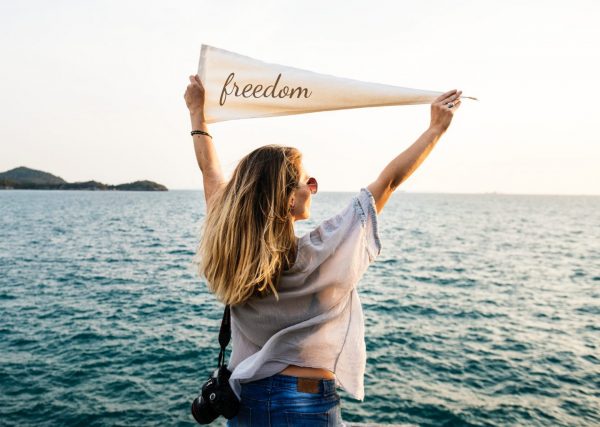