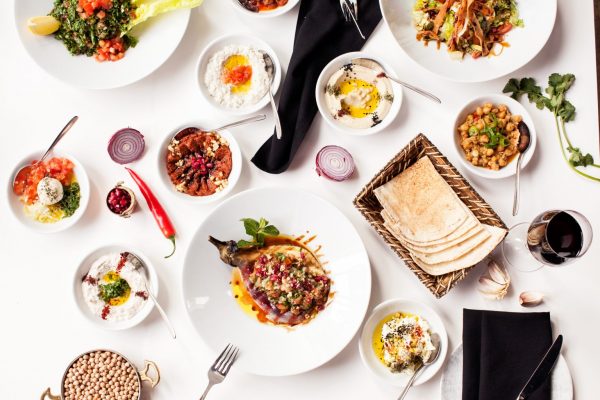 Libanese restaurant Fenicie opened it’s doors in the most lively district of Amsterdam last night. The Libanese cusine is more popular than ever, but to do it right, you must have a killer hummus. Did Fenicie live up to our expectations?

Fenicie Amsterdam
Fenicie is located next to Palladium near the Leidse Square and has taken over the former Ron Gastrobar Paris. The 460 m2 restaurant has 2 entrances, one at the Korte Leidsedwarsstraat and one at the Kleine Garmantplantoen. “Bringing the best of Lebanon to Amsterdam” is the mission of restaurant that already has a location in Purmerend that has been around since 2016. There are 120 seats available and it’s going to be the ultimate shared dining experience and it can also perfect for drinks with friends. Our first impression when we walked in was that the building has an industrial look but it’s done with middle Eastern elegance but doesn’t feel too posh. (like the next door neighbour Palladium). 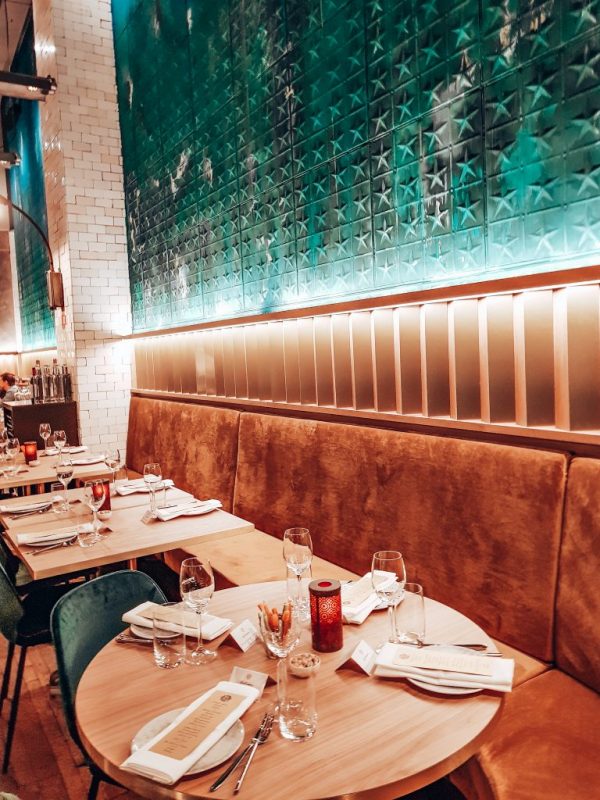 We can see ourselves sitting here for hours

The Menu
Hummus, falafel, tabouleh, baba ganoush and kibbeh, probably dishes you have tasted or heard of before. But if you want to taste the traditional flavors, you need to taste the Meze that Fenicie serves. For example the muhammara that has been roasted for 12 hours and a killer hummus with a preperation of 24 hours! (we didn’t even realize this was the proper way to prepare it) Good to know: The Libanese cusine is perfect for vegans because vegetables, granes and fish take the centre stage on the menu. Yes, there is meat on the menu but it’s not the most important dish. 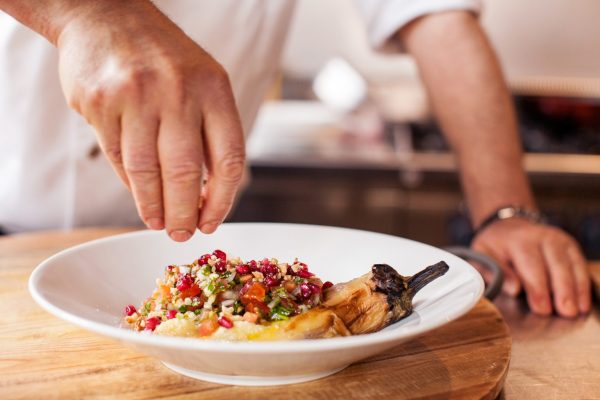 You can take a seat at the chefs table which is located right across from the kitchen and is available on request. During the weekend Fenicie will turn up the music, move some tables around and turn it into the perfect spot for cocktails, which you can enjoy until 3am. Having experienced one of the longest summers last year, Fenicie is clever enough to include an outside terrace that is great for people watching along the streets. 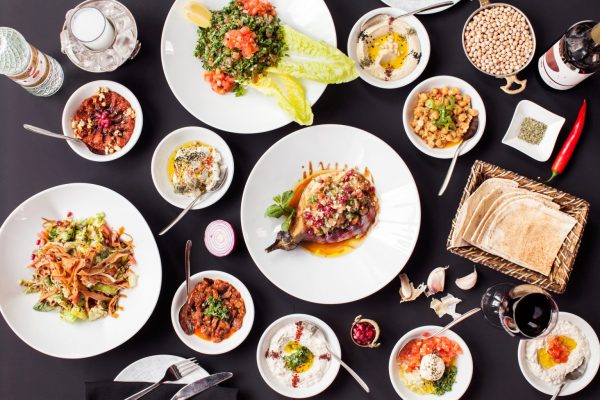 Because the space is so big, they will open a second restaurant in the same building. It’s a clever move, because previous entrepreneurs in the same building didn’t make it past the 2 years of opening. The Burger Fabriek on the other side will serve burgers (hence the name) and you can enter this restaurant via the Korte Leidsedwarsstraat and is meant for people that want a quick bite and a beer, focusing more on tourists. On a personal note, we can’t say we are too exited about that, because we feel like meat is something we all should consume a little bit less of. 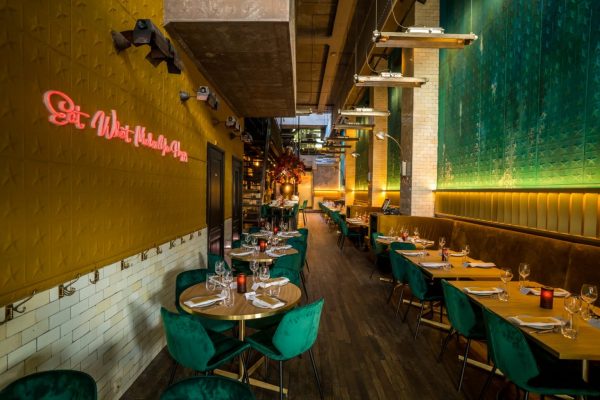 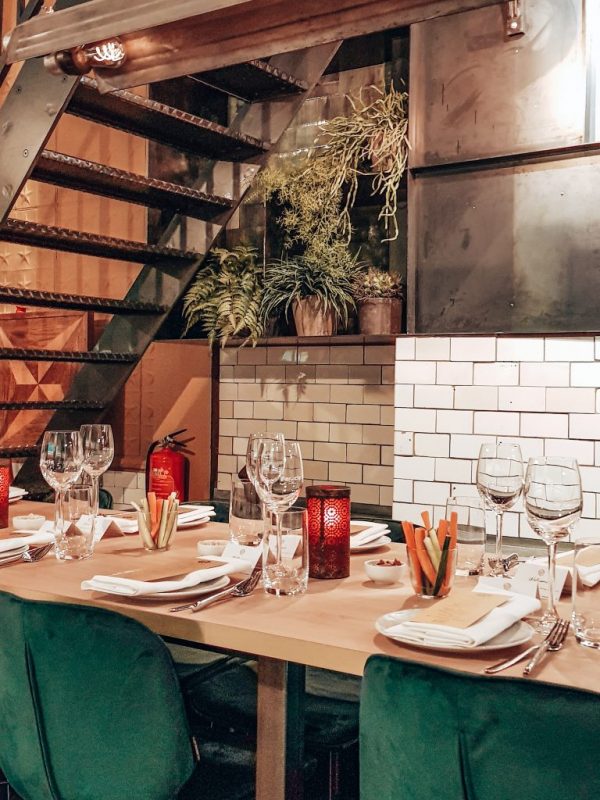 My Verdict:
I loved the space and interior design, the mint green tiles on the wall, and the high ceiling. We were welcomed with an alcohol free cocktail and the DJ was playing Middle Eastern style house music. Unfortunately we had to wait for almost 2 hours before the food arrived, but after some sincere apologies (due to some communication with the kitchen), they made up for it by serving a table full of cold and warm Mezze. I tried the hummus first of course, and although I’m not a hummus expert, I thought it missed some flavor, maybe the lemon? The Baba Ganoush and Muhammarah however, was out of this world! We tasted around 15 different dishes and yes, I tried most of them (except the meat).
TIP: if you decide to go for dessert, you MUST try the Knafeh, which is crispy vermicelli dough with cheese and ice-cream. A-MA-ZING.
So would I return? Yes. And if I do, I will take a group of friends because it’s perfect for that. Eating, drinking and chatting until the early hours. I think Fenicie is going to be around for a while.
Fenicie Amsterdam
Kleine Gartmanplantsoen 11-HS
Website / Instagram
This site uses cookies: Find out more.