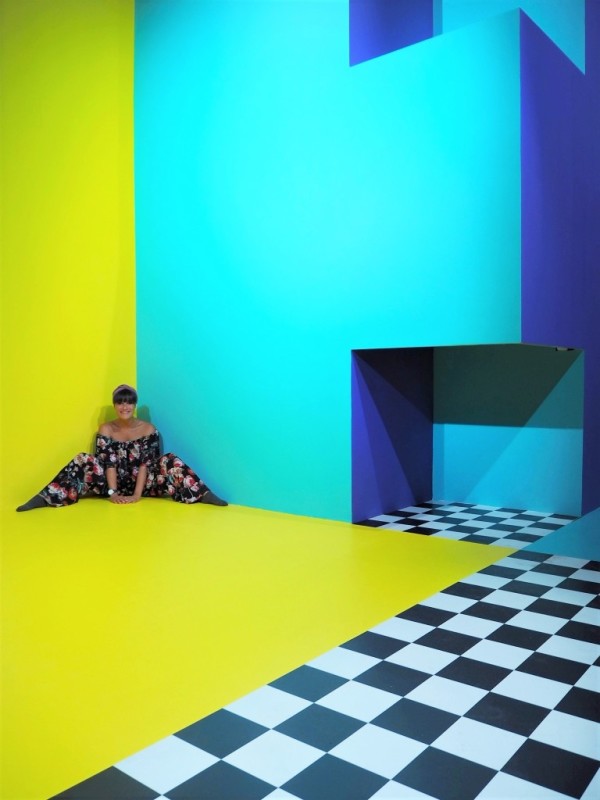 Last week I was invited to Berlin by Olympus together with 30 different European Photographers, Influencers and Instagrammers to put the new Olympus OM-D camera to the test. I was the only press representing the Netherlands so I was exited and couldn’t wait to see what the new camera had in store.

Visit Berlin like an insider
After a bumpy plane ride, I was driven to the Catalonia Hotel in Mitte, a vibrant area in Berlin. The hotel almost looked like an old school building and has an industrial look will graffiti on some of the walls. Olympus clearly wanted us to experience something different. I’ve been to Berlin a few times and somehow you always seem to visit the same places and do the same things. Not on this trip. It started from the moment we got on the boat towards a place only the insiders know called Jackie O. It’s a hidden spot directly at Rummels-burger Bucht and it’s everything Berlin stands for. Thanks to the clever yet “secret”marketing, Jackie O remains to be an insider tip far from any touristic  or mainstream location. It has it’s own pier where boats can dock and the hammocks will be waiting for you underneath a ceiling of white balloons hanging from the trees. When we arrived there was a DJ playing, and lunch was being prepared. Oh, and let’s not forget about the colorful food truck with the coffee I so needed that day. The area is used for private events, parties or just to relax. We got a good chance to test our new camera’s with all the cool objects that were around. The secret oasis of Jackie O

After an inspiring afternoon at Jackie O, it was time to fresh up and go for dinner at yet another special place. Dinner at Freischwimmer. It’s a restaurant located next to the Spree river. The ambiance here is great and the food is tasty and fresh. They play minimal house/techno music (me like!) and you can sit in or outside. There is one thing though..if you hate spiders you’re not going to like it here. They are everywhere! On the ceiling, next to the windows and I even saw a few crawling over the tables. One positive thing; no mosquito bites! (still made me stand in the middle of the restaurant like a cry baby)

The Olympus Perspective Playground
After dinner we made our way to the highlight of the evening. The Olympus Perspective Playground. If you love photography and art, this is the place to visit if you’re in Berlin this month. It’s basically an innovative playground where you are handed over an Olympus camera to play with. Large and innovating art pieces that move or shift are ready to be captured. It’s not the first time Olympus has organized a photography playground. Back in 2013, the first Playground was also held in Berlin and was very successful. This year they host a new concept with new fascinating artist, such as Thilo Frank, Xaver Hirsch and many more. The location this year is at the Kraftwerk in Berlin Mitte and has 3 floors full of artwork. The Perspective Playground is open until the 24th of September. Get your free tickets here! To end the weekend we visited the Tempelhofer Feld that used to be an airport that closed in 2008. A little history lesson; this airport was once the largest airport in the world and was also used by the Nazi’s until the 2nd world war ended. Underneath the airport the Nazi’s build massive tunnels where they secretly build bomber planes that were then pushed onto the runway. After the war, Berlin was divided into separate areas where West Berlin was cut of the rest and people literally lived on an island. At one point all the roads were blocked and no food supplies could come in. The only way people got their food was by planes dropping food at Tempelhofer Airport. Every 30 seconds a place landed or took off during this time. This is also when the “Candy Bomber” became famous for dropping candy out of his plane for the children that would stand by the fences of the airport. There is so much history at this place, it’s almost unreal. The government wanted to build new apartments after the airport closed, but the people of Berlin held a referendum and voted against it which means the park will stay as it is, at least until 2025. People go here for a picknick, BBQ, skating, walking their dogs or work in the community urban garden. A must visit in Berlin! I always wanted to walk down an airport runway Picnic at the Tempelhofer Feld

After that it was time to head home but wow, what a cool experience. I know you are all curious about the new camera but I will post a total review next month! The Olympus OM-D E-M10 Mark 3 is available to buy in about 1 weeks time and will cost €649,-.

Want to know how to take travel photo’s like a boss? Check our tips!